GENRE: My music is a medley of Piano Folk with hints of Jazz and Classical. I write all my own songs and sing them, accompanying myself with piano. I'm also currently learning to play the dulcimer and ukulele. 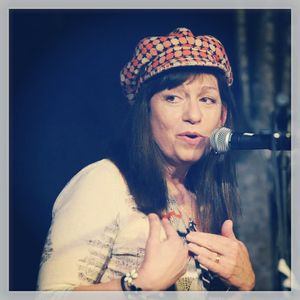 PERFORMANCE:  I've enjoyed playing my original tunes in local venues since 1998 - coffee houses, stores, art galleries, parks events, farmers markets, community benefits and festivals. Now that the kids have grown I'm looking forward to gigging locally and beyond. As Walt Whitman says "Afoot and light-hearted I take to the open road, healthy, free, the world before me..."

SONGWRITING:  At age 17, I wrote my first song which was about tea-drinking candlelight hours on the eastern shores of Cape Cod. Since then I've been documented my life in songs, the subject matter reflecting the current phase I find myself in. I love painting 3-5 minute musical pictures of what I see and feel.

INFLUENCES:  I have a lot of reasons why I am a musician and songwriter today but I'd be remiss if I didn't credit my musical heritage: My paternal Grandmother Mildred played and taught piano and my maternal Grandmother Jeanne was an actress but also composed her own songs and accompanied herself on the piano. My parents filled our home with classical music, spiritual inspirational music and never failed to pull out the traditional Christmas records once Thanksgiving Day arrived to usher in the holidays. My mother bought a family piano when I was in 4th grade only if I'd agree to take lessons till I graduated from High School! I hung in there and even studied music a few years in college until my father encouraged me to be more practical and aim for a business degree! My brother Steven introduced me to all the cool music of the 60's and 70's ~ he still owns the largest vinyl collection EVER!

MY MUSICAL STYLE has evolved with my life phases and I eventually settled into a piano folk niche with my songwriting. Folk seems to blend my musical roots and the kind of music I like with the type of voice I have. In saying that I won't lock myself into only folk since I've been told my voice lends itself well to Jazz.  And I may pursue that more too - why not? I also have been trained in classical music and there are whiffs of that in my piano playing from time to time.  But primarily folk is what draws me in as a listener.  Simplicity and honesty are at the heart of folk songs that evoke sitting on the porch on a summer evening - with story telling and things like that. More than ever, I want to convey such hominess with my songs and my aim is to let that come through more in my next recordings.

MARKETPLACE: I mainly perform in coffee houses, shops, art galleries, farmers markets and parks.  I'm happy gigging in the city soul and in a small town getting to know interesting people.

ACCIDENTAL SONGWRITING:  I sort of stumbled upon songwriting when I was in high school.  But before I wrote my first song when our family was stationed in Klamath Falls, Oregon, I had the good fortune of cleaning house for an elderly jazz musician whose wife was infirmed.  Lucky for me, he gladly gave me piano lessons for payment.  I learned alot about chord structure which turned out to be foundational in my songwriting in years to come.  Later, when we moved to Idaho and I was a music major at Boise State here in Idaho, I ventured into the craft by accident.  At times when I was practicing my classical pieces, I'd make a mistake and the sound of the misplaced notes would take me down a rabbit trail for awhile!  Turns out that practicing jazz and classical music, and making mistakes while doing it, helped me discover I had something within - an urge to create.

AWAKENING: In between Klamath Falls and college in Boise, my father retired from the AirForce so we migrated back to the East Coast where my parents are originally from. My Aunt Katherine and my grandparents lived on Cape Cod so we settled into that neck of the woods.  The inspiration of living near the ocean was thus at the heart of my first songs. Lots of beach walks then--and another beautiful backdrop for the creative gene that seemed to be emerging in me. Since it was the 70's, I was dwelling in the music of Carole King, James Taylor, Joni Mitchell, Cat Stevens and Phil Keaggy to name a few. I am certain that their music woke up the music within me.  So at age 17, I penned my first fledgling but complete song, about drinking tea by candlelight. It came to me after a good friend and I took a really long walk on a trail to Woods Hole for conversation and tea.  I can remember how, alone in my room later that night, the moonlight illuminated the keys of my acoustic piano like a muse and I attempted to interpret how I felt.  Being a teenager I don't think I even considered that playing a piano late into the nate might wake up the family.  (concept)

SONG PAINTING: As years went by, I documented my life in songs. I was inspired especially by nature, the love of my husband, the birth of my children, my children growing up, God and Jesus, memories of my grandparents and their farm house in New Hampshire, our ocean trips, my dearest friends, the northend of town, the Idaho mountains. I guess it's been my way of taking pictures, being more of a painter than one who rallies around a cause, although I've always admired those that have causes to rally around...

INHABITING SONGWRITING: In recent years my songscapes reveal what I've learned in relationships - how to keep good friends, what a friend isn't, the process of letting go of my children so they can truly fly, a few more ways to tell my husband I love him; songs for parents, brothers, cousins and the funny rompings of our dogs; house topics like sitting on the porch in the evening, gardening, enduring a dark night of the soul when the house seems to crowd in on you, the story of the old-but-new-to-us remodel we fell into before the market tanked, cruiser bike riding down the hill to dinner, going to the library; and I have a growing collection about my spiritual journey (which includes contending for my faith amid disillusionment when discovering that people who claim to represent God aren't what they claim to be - so I'm learning to focus on God in a way that works for me without their misrepresentations - yay.).

DEEPENING NUANCES:Art at its best draws from the full pallet of the color wheel.  Life would always be happiness and light if it weren't for all the pain in the world.  As much as I love sunshine and bright color, to ignore the deeper shades and dark days would leave out an integral part of the story. One of my favorite songwriter duos, Over the Rhine, puts it this way: "Pain is our mother--she makes us recognize each other." As a teacher, Pain can be a directive and a point of reference in relation to each other, a bonding element creating a capacity to empathize that we may not possess otherwise. The songs that reflect my own layers of pain have not only been catharctic to write but have helped me process and define it so I keep what I've learned at my fingertips so I don't have to endure it again.  Even though I'm not one to dredge the depths of despair in my songs, exploring the semidarkness has forged a needed depth in my writing.

SINGING: I'm five years old on the backyard swingset at early dusk and this little song 'I am with you always' is coming out of me like a chant. Or I am in the storage closet underneath the stairs singing 'Just as I am' after watching Billy Graham on TV with my parents. I really loved that song. (Now that I'm a mom, my heart goes out to my bewildered mother trying to find the little girl who discovers closets to sing in...)   In the 4th grade I'm sitting at the dining room table working on an art project humming "Greensleeves" over and over. I really loved that song too and still do. Also in 4th-6th grade, I used to take turns harmonizing with my best friend, Glenda. We sang at church, on the way to summer church camp, joined in on the singalongs at camp, and then sang all the new songs on the way home. Harmony seemed to come easily to me and still does so I'm grateful for any chance I get to sing with other musicians.

PIANO: I began to learn piano in the 4th grade when my mother purchased a piano but only if I would promise to keep taking lessons till I graduated from high school, which I did.  My favorite teachers were Chris Olsen of Mountain Home Idaho, Grace Watkins of Falmouth Massachusetts, and an elderly jazz man, the one I mentioned above, who's name isn't coming to mind, from Klamath Falls Oregon. I studied at the Cape Cod Conservatory of Music for the last year we spent on the Cape. Then back West to Boise Idaho where I majoried in piano performance at BSU till I quit and moved south to Dallas to go to Bible school for a few years. Most recently I've picked up some great piano tips from Wesley Steele, one of my New Ridge bandmates, and it's definitely impacting how I write and play.

DULCIMER: My family and friends donated money in honor of a recent milestone I reached so that I could buy a mountain dulcimer! It was handbuilt by Scot Hamlin of Hamlin Guitars in Kansas, a musician I came across in 2007 on MySpace. He used redwood for the body and walnut for the neck and bridge. I've been having fun learning a new instrument and writing songs especially for it.  I'm hoping it will help me grow as a musician and add another dimension to my songwriting within my genre and beyond.

I did a few cassette recordings before CD Days

NEW PROJECT HOPES: My main concern is figuring out what to record next and how much to put on one cd. There may have to be 2 or 3! And if I could figure out how to do that without fundraising (i.e. hitting up my family and friends), THAT would be like Heaven to me.

THANKS FOR TAKING TIME TO READ!  Let's keep in touch! 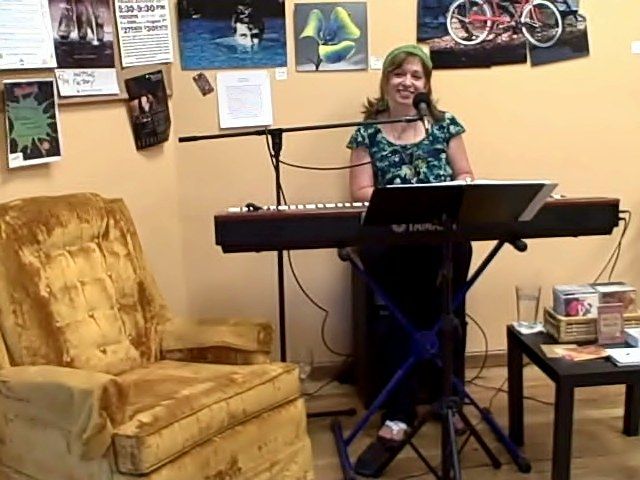 where i play next - 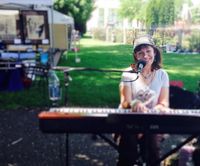 2020 is Art and Roses' 30th year! This beautiful outdoor art event showcases Idaho's fine artists with all original work- no prints or crafts. A portion of all sales will benefit the Julia Davis Memorial Rose Garden. I will be setting up at 11:30 am and playing mostly original songs till 1:30 pm. My beautiful Mom-in-love will be showing her original paintings in the park as well and the family will be hanging out so come on by!

Looking forward to playing a music set for Food Truck Tuesday next week on the 23rd up here on the Bench! Wright Community CCOC is just East of Fred Meyer on Franklin. I notice from earlier pictures that there is lots of shade, a variety of food trucks, friendly smiling people and a beautiful cat named Olive you will not want to miss! 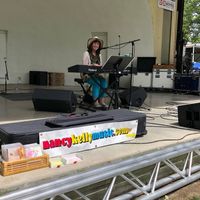 Always excited to return to the Emmett Cherry Festival for a solo set! 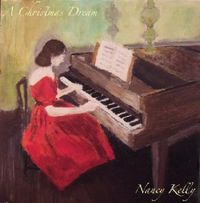 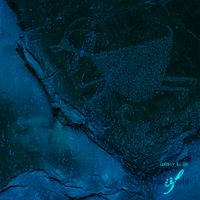